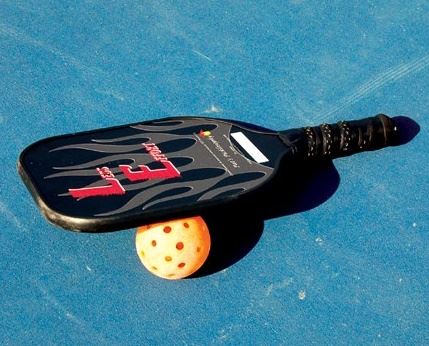 Fishers Parks is ready to serve up fun with a spin! Pickleball is the latest sports craze sweeping the nation and offering fun for all ages. A paddle sport that combines the elements of badminton, tennis, and ping-pong, pickleball involves players serving and volleying a plastic ball (smaller, but similar in appearance to a Wiffle Ball) over a 34-inch-high net on a 20-foot by 40-foot court.

Perhaps the most appealing element of the sport is its inclusive nature that bridges generations. As popularity for the sport grows, all ages are getting in on this fun and active sport. Pickleball is now being taught in school physical education classes, and Del Webb’s Britton Falls' 50-and-over community has a club that competes throughout the season.

The Fishers Parks Foundation raised approximately $20,000 in additional funds during its pickleball court fundraising campaign, the largest portion of which came from an anonymous donor from Fishers.

Thank You to the "Build Two More" Pickleball Court Donors

*Major donors denoted with an asterisk

FIND A PARK
Explore 1 of our 24
parks & greenspaces.

EMAILS
Sign up to receive info
about events & activities.

VOLUNTEER
Join us in giving back
to the community.